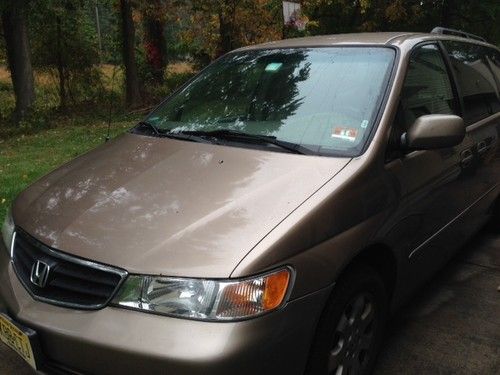 Condition: UsedA vehicle is considered used if it has been registered and issued a title. Used vehicles have had at least one previous owner. The condition of the exterior, interior and engine can vary depending on the vehicle's history. See the seller's listing for full details and description of any imperfections.Seller Notes:"Overall very well taken care. Single Owner. Bought brand new. Kids are old now and no need for a Mini Van. Minor scratches. Front bumper has a scratch. Please review photos. VIN number will be provided upon request. No accidents. New Tires, New Spark Plugs and Timing Belts were changed. Overall well taken care off with Honda Dealership.Please contact me if you need any additional details."

This is a well maintained vehicle... The body shape is in good condition no dents. Minor scratches.... the interior is very clean and spacious perfect for a busy family! 6 cylinders automatic transmission! This car is ready for you to take it home. There no known mechanical issues with this car...127K miles mostly highway miles!
New spark plugs, New timing belt and New tires!!Honda recommends changing Timing belt and spark plugs at 100K miles!!
Buyer responsible for local pickup or shipping. Serious Bidders only.