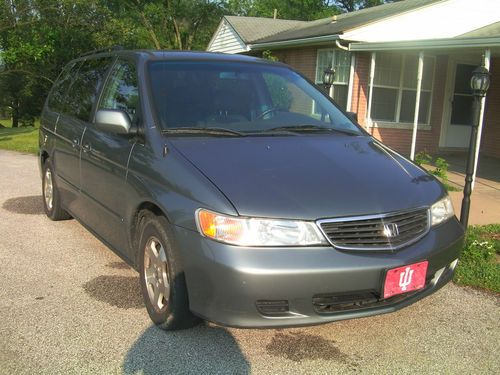 Condition: Used: A vehicle is considered used if it has been registered and issued a title. Used vehicles have had at least one previous owner. The condition of the exterior, interior and engine can vary depending on the vehicle's history. See the seller's listing for full details and description of any imperfections. ...
This van was donated to help raise money to cover medical expenses that were once covered by insurance,my Dad worked his entire life with his and mom's golden years preparation at the front of his mind. All was good during his first years of retirement but these last few years have seen a big cut in his medical benefit's. I am trying to raise money to help with home health care and to put in ramps-handicap shower unit etc...
After suffering a massive heart attack a triple bypass surgery would save Dad's life,while on a positive road of recovery Dad was diagnosed with parkinson. He's a fighter and has made the best of what he has to work with,however now he has been told he should do little to no standing or walking,he has had a few fall's due the extreme low blood pressure mixed with his nerves being attacked by parkinsons,his latest fall almost took him out.
That is why I am trying to raise money to get Dad a Hover Round chair and do modifications to his and mothers home to allow him to be as independent as possible. The project is expensive but whatever it takes I am getting it done,with myself and my very good friends help we figure we can have Dad set up for approx. $10,000.00, outside estimates were as high as $23,000.00,we've already done some.
Through ebay we have already raised close $400.00 in 5 days and have bids on items listed currently,now we've been Blessed with 2 vehicles to sale,I am thankful to each and everyone who bids and amazed at the kind emails. Dad collected some old toys over the years and we are going to continue to list a few every week at a 5 day no reserve auction until they are all gone to help with in home nurse expense.
I would appreciate a good clean auction with a follow through ending,I need to have no payment issue's so I can keep moving on this project and I thank you in advance for that. I won't sell the vehicles outside of the ebay's no reserve auction but I do welcome anyone interested to come visit in person and check it out,we also have a large garage sale going on at the same site with a bunch of great stuff.
Since this vehicle was donated I am also passing on %10 of the net sale minus listing fee's expense to a charity of the buyers choice,the buyer can submit the charity information to me prior to pick up and I'll send a certified check with confirmation on their behalf to the chosen charity.
Thanks and happy bidding to you all...
2000 Honda Odyssey LX 3.5 VTEC Automatic transmission,loaded with all working power options. Runs strong drives out good and handles as it should,the transmission does shift fast like a shift kit from first to second however does shift out more smooth the more it is driven and goes through all other gears just fine. See the video it explains the personality of the transmission and possibly will ad less worry or concern. The van has been driven the last 5 years with the transmission first gear action with no issue. The air conditioning is very cold,leather seats are nice over stuffed and very comfortable,dash door panels and head liner clean,carpet is decent and mat's are worn but good. Big hauling capacity in rear and to ad even more it has easy fold removable rear seats. I loaded the back up to give you a idea of the room,front tires are decent and will run out a good many miles,rear tires were recently replaced new. You'll save big money in gas with this van it get's 35-40 mpg according to the donor.Clean clear Indiana title in hand, Please check out the picture's and video link for more complete details.
I'm looking for a serious no nonsense cash buyer only. If you have less than 5 feedback please contact me prior to bidding for verification otherwise you and your bid will be removed,this is a no reserve auction the highest bidder will win,the time to check out the vehicle in person is prior to bidding,there will be no joy rides after the auction ends just a simple transaction of money and title. You can bid with complete confidence, I have given a honest and as complete description as I can,there is a video link below as well and I encourage you to check the vehicle out in person.
value="http://www.youtube.com/v/http://www.youtube.com/watch?v=28MHb_122OM ?fs=1&amp;hl=en_US"><param