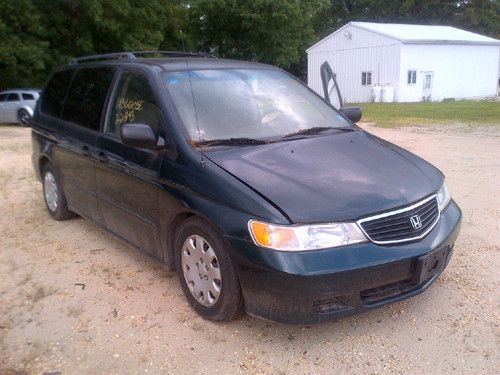 Condition: UsedA vehicle is considered used if it has been registered and issued a title. Used vehicles have had at least one previous owner. The condition of the exterior, interior and engine can vary depending on the vehicle's history. See the seller's listing for full details and description of any imperfections.Seller Notes:"A charity donated vehicle for sale.The car was tested withing the yard it runs and drives good, how the car will perform in a long road trip we don't know.Donor note:Car runs and drives good, slight dent on the back door.Again it is a charity donated car we do not have any right to do any work or any form of repair on the car, the car starts engine runs smooth, transmission shift right and it drives good.The car is sold As Is. Note:Please be advised that though a lot of time is spent to provide the most accurate descriptions possible, there may be an instance where something is over looked and not listed properly in the description. It is your responsibility to contact the seller and ask any questions regarding the history, condition, and options of the vehicle you are interested in."
If you're zero feedback bidder, less than 5 positive or new to ebay, you must contact the seller before you bid or else your bid will be cancel, block and reported as scam to ebay.
No Reserve price ie any sale amount is final........
A charity donated vehicle for sale with free vehicle history check available on demand.