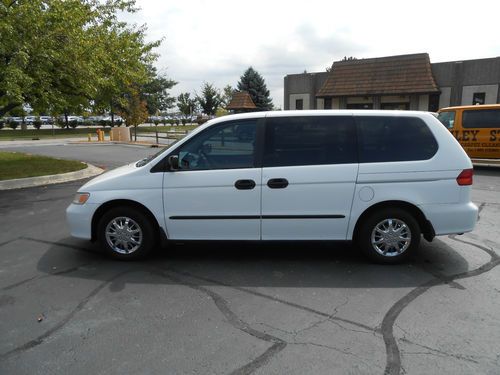 Up for auction is a 2000 Honda Odyssey. The vehicle is equipped with a 3.5l V6 engine with only 50,000 miles on it. The transmission underwent a full rebuild at 83,341 miles. Paperwork is available for the engine and transmission work that was done. The van is clean and is in good shape. The vehicle does have a few minor rust spots that is normal for the age. There are also a few minor dings and dents. The van seats seven people comfortably, and runs and drives great. Call between the hours of 7-5 with any questions.