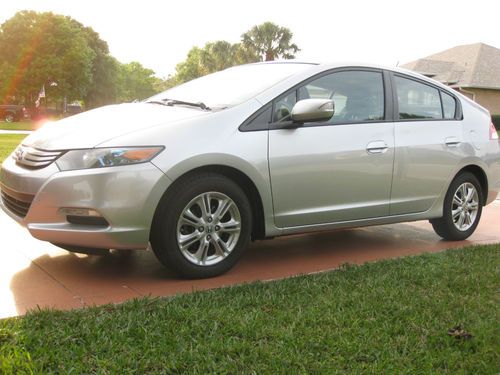 This car is a great deal and offers excellent gas mileage. The car has no mechanical issues and the interior looks like new. The car has Insight floor mats and rear cargo mat to keep the car looking good.

The good & bad news is that I let my daughter borrow the car & she managed to run into a truck's trailer hitch. The insurance repaired the car with Honda parts at a professional body shop. That means you get a car that looks great & runs great, but it has a rebuilt title, but you get it at a deal. My daughter now has a clunker & I plan to get a convertible once the Hybrid is sold. This is a great commuter car because of the high mileage and it looks & runs great.