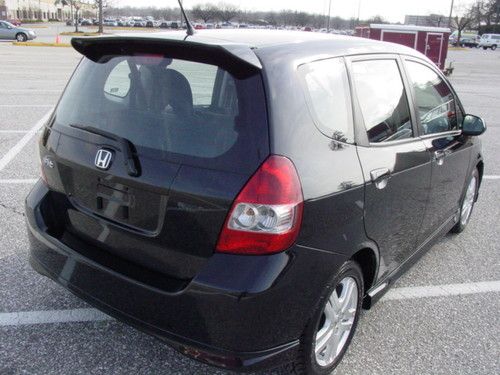 FREE SHIPPING WITH IN 500 MILES FROM BALTIMORE MD 21207,IF INTRESTED PLZ SEND IN YOUR CITY STATE AND ZIP CODE WE WILL LET YOU KNOW IF QUALIFIED ASAP,YOU CAN CALL/TEXT 443-636-1926 KAM, THANKS FOR WATCHING ITS A VERY NICE ONE OWNER HONDA FIT RUNS AND DRIVES EXCLLENT NEEDS NOTHING RIMS AND TIRES ARE IN GREAT SHAPE CAN BE DRIVEN ANY WHERE COMES WITH RUBBER FLOOR MATS,2 COMBO KEYS,AND BOOKS,DONT MISS OUT CALL NOW GOOD LUCK. NON SMOKER NON PET.