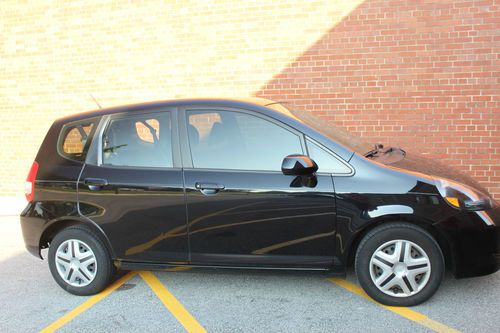 Condition: UsedA vehicle is considered used if it has been registered and issued a title. Used vehicles have had at least one previous owner. The condition of the exterior, interior and engine can vary depending on the vehicle's history. See the seller's listing for full details and description of any imperfections.Seller Notes:"Excellent mechanical condition. Body has very light few divots in roof from hailstorm, couple light scratches, shallow divot on back hatch - all pictured. Barely noticeable unless up close looking for them."

Great condition vehicle.  NON-SMOKING car.  All maintenance has been done at the local Honda dealership.  New tires as of January 2012.  Great economical car as far as gas mileage goes.  Realistic 27-35 mpg depending on how much you baby the gas/brake pedal.  I normally get 30.  Mostly highway driving, ~15 round trip, and occasional trips to grocery store/odd and ends stuff.

Features:  Lots of headroom, lot of space when rear seats lay flat - almost as much as a small pickup truck.
History: I purchased from a Honda Dealership about 3 years ago.  Owner before me owned for about a year/two years, then a lease organization for the first year or less.