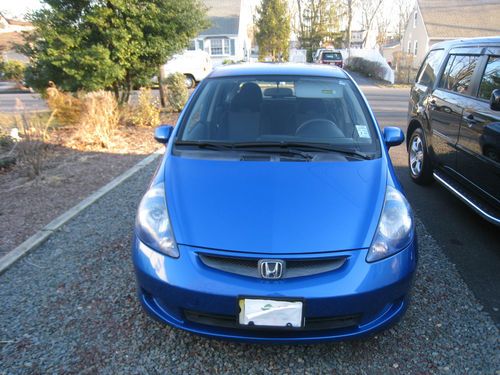 Hey everyone. 2007 Honda Fit with very low all original miles. I have owned the car for a little over a year and have put approxiimately 10,000 highway miles on it, as it was only taken to and from work. I purchased the vehicle from an elderly gentlemen last year who no longer drove the car. Which would make sense being that I bought it with only 17,000 miles on it. The car runs absolutely perfect, I have changed the oil every 3,000 miles and I put on new tires when I purchased it. :).... There are a few minor scratches and door dings which I was told happened while parked in the grocery parking lot. I took photos trying to show the best I could. For that reason I am selling this vehicle for WELL under Blue Book. The only reason I am selling this vehicle is because I need a 4x4 for work. Thanks for looking and please contact me if you should have any questions. My name is Michael.