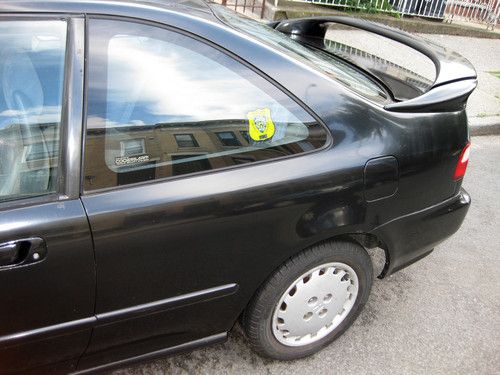 Condition: UsedA vehicle is considered used if it has been registered and issued a title. Used vehicles have had at least one previous owner. The condition of the exterior, interior and engine can vary depending on the vehicle's history. See the seller's listing for full details and description of any imperfections.Seller Notes:"Well maintained for a car from 1995. Could use some body work to repair and smooth out some dents and scratches. Please review the pictures to examine all areas. Driver side corner light is dim. Moonroof sometimes takes a few tries to open/close. Interior carpet is loose on the passenger side. Steering wheel was previous cut by burglar attempt. A steering wheel cover is included. Back seat is ripped but has a seat cover. Passenger side door handle needs to be tightened."