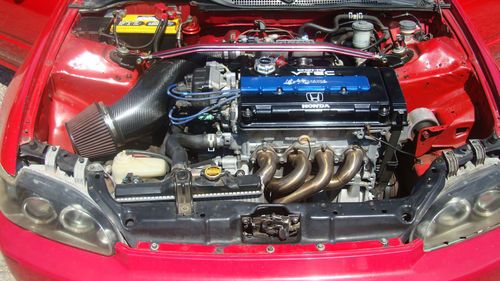 Condition: UsedA vehicle is considered used if it has been registered and issued a title. Used vehicles have had at least one previous owner. The condition of the exterior, interior and engine can vary depending on the vehicle's history. See the seller's listing for full details and description of any imperfections.Seller Notes:"All the minor damage are shown as photos."
1992 HONDA CIVIC
3 DOORS HATCHBACK
IN A VERY GOOD WORKING CONDITION
THE ENGINE IS SWIPED WITH
DOHC VETEC 1.8C1
PERFECTLY GOOD RUNNING FAST CAR AND LOTS OF MODIFICATION TO THIS ENGINE WITH COMPETITION CLUTCH STAGE II
FOR ANY ENQUIRY OR QUESTION
PLEASE TEXT OR CONTACT ME ON:
505 9672317