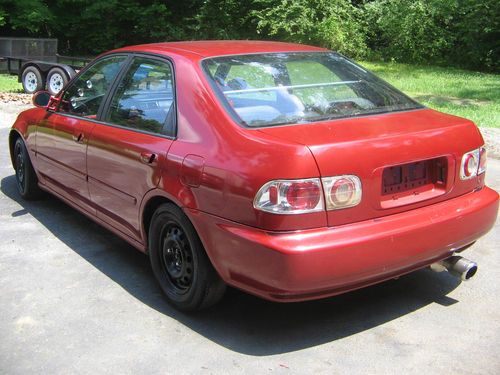 Up for auction is a 92 civic project car. It is set up with the H platform h22,h23,f22,f23.The block in the car is no good.Trans is good with a new 428ftlb clutch.it has a walboro fuel pump,front mount intercooler,stainless braided brake lines,factory MOMO steering wheel. The car has a big brake kit all the way around the rotors are not on the car because i didnt wont them to rust and they wont fit with the rims that are on the car.An 18" wheel is the smallest wheel you can run with the brake setup.what you see in the pictures is what you get.