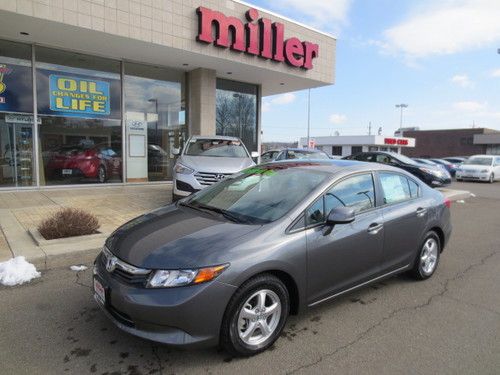 Up For auction is a Brand New 2012 Honda Civic--Natural Gas with Navigation, it comes with the full Honda Warranty.

We are located in Vestal NY, and have been a Honda Dealer for over 35 yrs.

We can arrange shipping for you if needed.