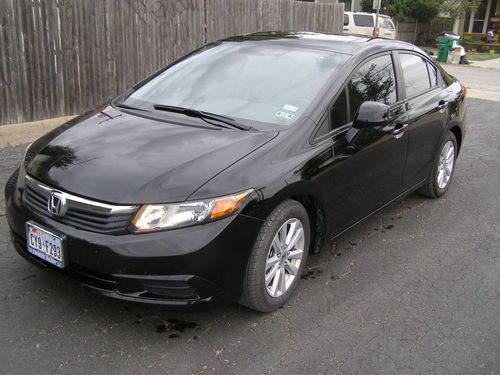 Condition: UsedA vehicle is considered used if it has been registered and issued a title. Used vehicles have had at least one previous owner. The condition of the exterior, interior and engine can vary depending on the vehicle's history. See the seller's listing for full details and description of any imperfections.Seller Notes:"This car is in very good condition. The interior has very little to no wear, no stains, never had a smoker inside. The exterior does have some very shallow scratches on the clearcoat, it may be fixed just by buffing them out but I am not sure. That is the only defects to the car."

Condition: This Honda civic is in good condition. There are no dents or dings to the car or any mechanical problems. There has never been any smokers inside the car. The car has some very shallow scratches in various spots on the body that photos can't really pick up.

History: I am the original owner of the car.

Shipping and Payment: Buyer is required to come pick the car up. After receiving payment the title will be transferred to the appropriate party. A bill of sale will be provided.