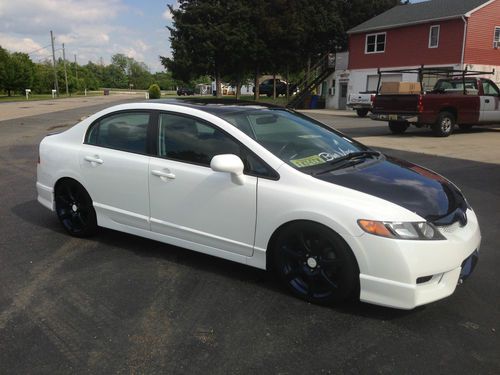 this is my baby up for sale!! 2008 honda civic si 93k miles its my everyday driver so milage might change by the end of auction.. the car is all stock except for skunk2 springs and injen intake.. has HFP wheels, and lip kit all the way around i will have the side skirts installed before sale of the car.. engine runs good and no grinds in the transmission.. i'm starting a new project so got to get rid of this one.. happy bidding!!