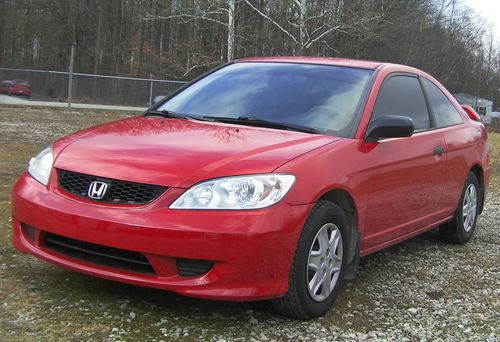 4cyl 5spd in perfect working order,This is a real jewel of a car,super gas mileage,perfect exterior body & paint,when purchased in 2007 it had 14,000 miles on it,it now has just turned 100,000. Rigid care given according to Honda routine specifications & always garage kept,it needs nothing ride and drive all the way.It is being sold by a angry parent to prove a point. The only issues found are the following [1] interior hood latch release handle missing,requires use of pliers to pull cable[2] at the interior trunk & gas release the plastic housing has chipped [3] rear bottom seat has small hole[4] the stash box at driver side dash will not stay shut,the interior could use a quick cleaning as I took the car immediately upon it arriving home late last night and did not sweep floors or do any detail to interior. You will enjoy this cars looks and it's performance I assure you there are no disappointments here.Alpine stereo system,80%-90% tires & brakes,factory books and service records. I also have a set of fancy summer wheels with new tires we just paid $2300.00 I will let go with the car at a extra cost or sell by themselves for $1700.00. Not a better one available across the net.buy with complete confidence.