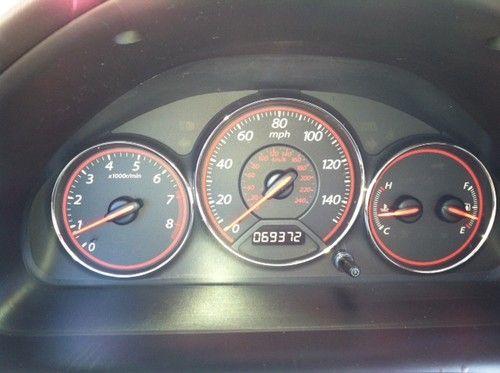 Condition: UsedA vehicle is considered used if it has been registered and issued a title. Used vehicles have had at least one previous owner. The condition of the exterior, interior and engine can vary depending on the vehicle's history. See the seller's listing for full details and description of any imperfections.Seller Notes:"Very good to Excellent condition! Runs flawlessly and looks new!"

2004 Honda Civic LX 2dr CoupeSpecs- 1.7-L- Ice cold Air Conditioning - Power steering, windows and locks- Keyless entry- with original owners manuals-5 speed manual transmission-only 69,xxx original miles!!!!!-clean title!!!!In addition to all the standard features of an LX model, this car comes with:-rear spoiler-mudflaps-cassette/tape player with cd player and fm/am radio.-4 Brand new Bridgestone Potenza tires installed 4k miles ago.Owner/additional details-I am the second owner. I bought it 10 months ago from the first owner an old lady that was selling the car because she couldn't drive anymore. I was looking for the most economical car that would require the least maintenance with the lowest miles. I searched through hundreds of ads over the course of 2 months to find this car. -It drives flawlessly with absolutely no mechanical problems, like new!-Cosmetically its in very good to excellent condition and looks close to new!-before i bought it I carfaxed its history and took it to HIRO's auto shop on hawthorne for an inspection. Everything checked out well and i couldn't be happier with the car.-I replaced all 4 tires with brand new BRIDGESTONE POTENZA tires 4k miles ago so they are almost new. I paid over 400 for the set.-This car is truly in amazing condition must see in person to appreciate!The reason i'm selling is because i'm planning to go abroad soon otherwise i would NOT sell the car. Its so difficult to find a good used vehicle that you can be confident about. This honda will provide reliable performance for a long time.price: 7600 obo (local in person sale only) ebay price will be higher to account for fees. i'd prefer a local in person deal.-pink slip and smog check in hand!- car is located in 90275