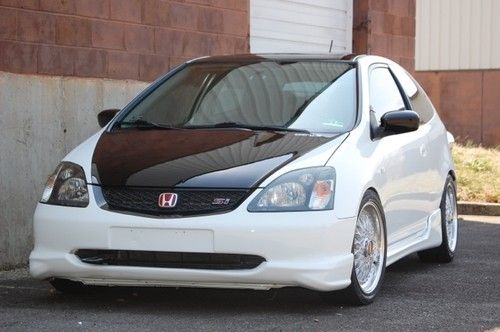 UP FOR SALE IS MY HONDA CIVIC SI. IT HAS 83K MILES ON IT. CUSTOM PAINT JOB DONE A MONTH AGO. NEW FRONT TIRES AND 80% ON THE REAR. INTERIOR IN IS CLEAN. MOTOR IS STOCK EXCEPT FOR  INJEN COLD AIR INTAKE.. IT ALSO HAS SKUNK2 COIL OVERS AND SHOCKS.. JUST INSTALLED A NEW O2 SENSOR AS WELL. HOPE IT GOES TO A GOOD HOME HAPPY BIDDING..