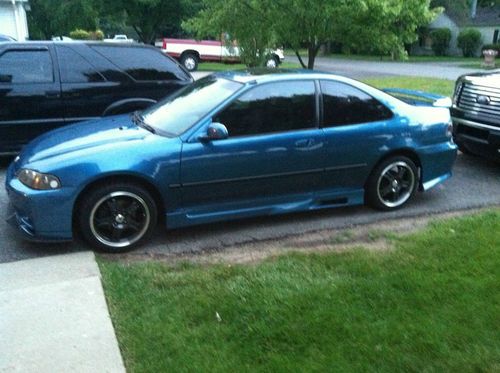 The paint is a custom blue Custom with Custom ground effects