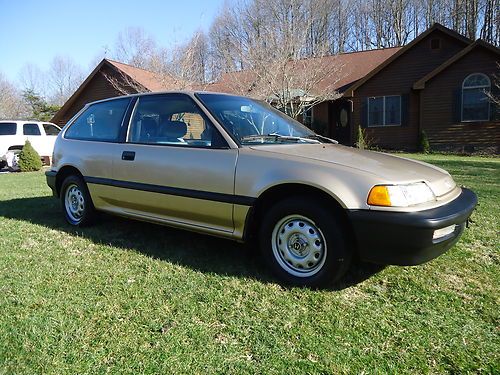 THIS IS ONE OF THE NICEST 1990 HONDA CIVIC I HAVE SEEN IN A WHILE.IT IS A ONE OWNER WITH 111,916 ACTUAL MILES.IT WAS MY NEIGHBORS CAR THAT HE BOUGHT NEW AT A LOCAL HONDA DEALER SHIP.IT HAS BEEN WELL MAINTAINED HE IS VERY PARTICUAL WITH HIS CARS.IT HAS ALL MOST NEW MICHELIN TIRES AND A CLEAR ONE OWNER TITLE. FLY IN AND DRIVE HER HOME.ANY QUESTIONS CALL DAN 276-698-8560