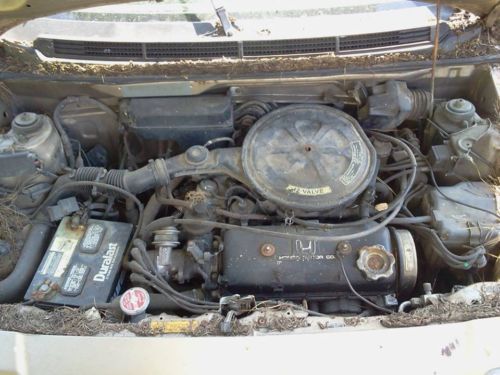 Condition: UsedA vehicle is considered used if it has been registered and issued a title. Used vehicles have had at least one previous owner. The condition of the exterior, interior and engine can vary depending on the vehicle's history. See the seller's listing for full details and description of any imperfections.Seller Notes:"Does not run. Engine turns over freely when jumped off. Sold as-is"

Honda civic wagovan style body. Does NOT run sold as-is. I do not know the mileage, engine type, or drive type. The engine was replaced with a low mileage engine several years ago, the fuel pump went out shortly afterwards and it was parked and has not moved since. The engine turns over when jumped off with a battery but have not tried to start it. See photos and ask any questions before bidding. Would make a great parts car, restoration project or even a ratrod.