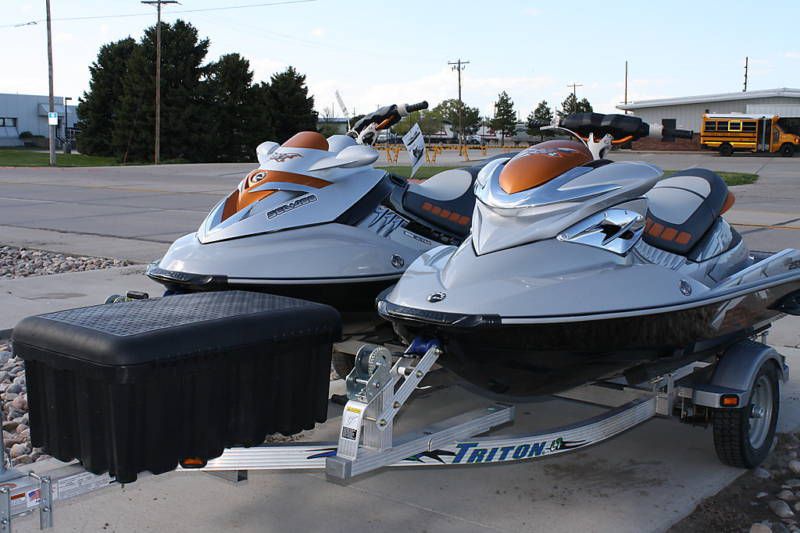 Up for sale is a pair of 2008 Sea-Doo watercraft on a Triton trailer.They both have the awsome 255 horsepower Rotax 4-Tec supercharged engines. These are the fastest PWC on the market!! The RXT-X is a three person and the RXP-X is a two person. They both have a 20 function digital info center that tells you everything from RPM to MPH and even has a fuel guage. They both have VTS (variable trim system) so you can fine tune the handling with the touch of a button. They both have the Sea-Doo learning key that is perfect for beginning riders. It limits the top speed to 35 MPH. They each come with a regular key that gives them full power. The X units have more horsepower than the regular RXP and RXT. They also have a different handlebar and trigger throttle. They also add a high performance intake grate and racing pump. The trailer is a used Triton aluminum trailer with a front box installed. These also come with the Sea-Doo custom fit covers you see in the pictures. Let us know if you have any questions. Thanks for looking!