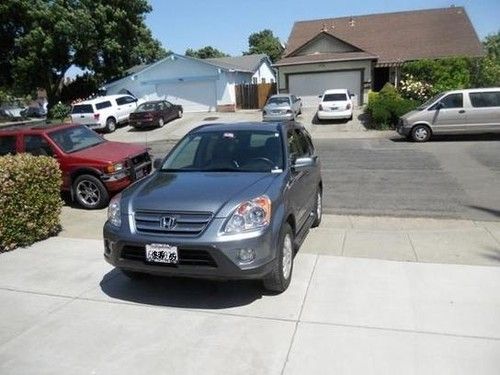 Condition: Used: A vehicle is considered used if it has been registered and issued a title. Used vehicles have had at least one previous owner. The condition of the exterior, interior and engine can vary depending on the vehicle's history. See the seller's listing for full details and description of any imperfections. ...
One Owner! CR-V 4WD SE in great Condition with only 35K miles. Exterior finished in Gray with Very Clean Charcoal Leather Interior. Runs and Drives perfectly. No accidents, Nonsmoker, Garaged Kept. Very well maintained. Equipped with 2.4Liter 4cyl engine, All power Options, Sunroof, Running Boards, Alloy wheels, Picnic Table and much more. Perfect First car for a new driver or a small family. Very Reliable and great gas mileage. Private seller ready to sell today!
I will not sell less than: 3,8OO O.B.O