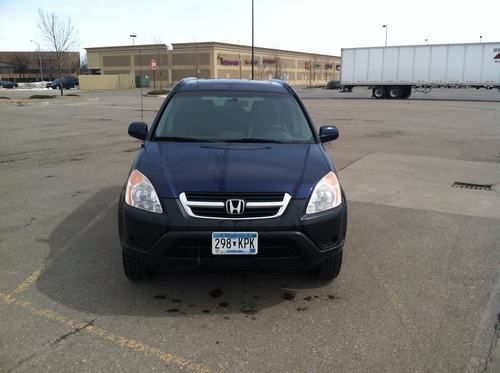 This two-owner vehicle has been well maintained and is in excellent cosmetic and mechanical condition.  All regularly maintenance has been performed according to schedule and the engine and 5-speed  manual transmission drive like a dream.  The tires are in good condition with plenty of tread life left on them.  Brakes and suspension are also in very good condition.  The interior has cloth seats that are very clean and have no rips or blemishes.  It has never been in an accident, and their are no scratches, dings, or dents on any part of the vehicle.  Includes a remote start with keyless entry.  At only 115k, this CR-V is a beautiful car that will last you for many years to come!