86 Honda Accord Lxi Hatchbacks-rusty, But Run Good on 2040-cars 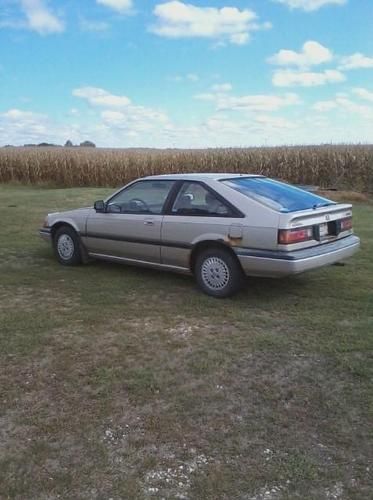 Condition: UsedA vehicle is considered used if it has been registered and issued a title. Used vehicles have had at least one previous owner. The condition of the exterior, interior and engine can vary depending on the vehicle's history. See the seller's listing for full details and description of any imperfections.Seller Notes:"AM/FM cassette works sometimes. Car was hit by another car damaging the front clip. Lights repaired, and the car still drives straight and smooth. Car is very rusty and needs suspension parts replaced. windshield cracked. The rest of the glass is good. Power steering leaks bad, A/C components still installed but doesn't work."

Good running Accord with a very nice interior. Front clip damaged from another car failing to yield. Windshield cracked.  Lights repaired, car still drives good and straight. Rust is serious, maybe not worth repairing. Some suspension parts are worn out. Power steering and A/C no longer work.  I am selling another identically equiped white 86 with good glass all around, but a very bad body, interior, and supension, with higher miles, but still runs good (I will probably list it soon as a parts car). Both probably should be towed as the suspension joints on both cars are extremely worn, and not safe. But both can be test driven on my property.