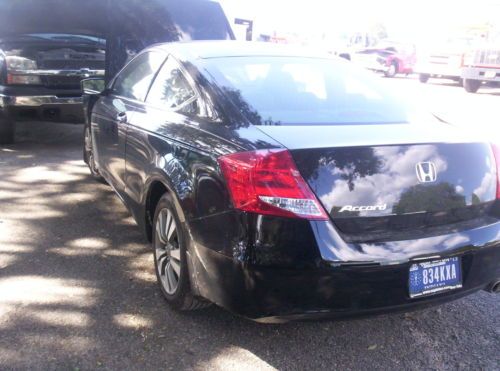 Condition: UsedA vehicle is considered used if it has been registered and issued a title. Used vehicles have had at least one previous owner. The condition of the exterior, interior and engine can vary depending on the vehicle's history. See the seller's listing for full details and description of any imperfections.Seller Notes:"This vehicle has a clear Florida title and its in hand. This vehicle is sold as is. Call 850-584-6221 or email with any questions."

For the third consecutive model year, Honda has given its Civic lineup some substantial improvements, and with the 2014 Civic Coupe and Sedan going on sale this week, the automaker has released pricing and fuel economy numbers for its gas and non-Si models. Honda has not released any images of the 2014 Civic Sedan yet, but we got our first look at the updated Coupe last month at SEMA.
Aside from styling changes introduced on the 2013 Sedan being carried over to the 2014 Coupe, the biggest update to all 2014 Civics might be the addition of the continuously variable transmission (CVT). Fuel economy figures carry over for cars with the manual transmission, but models swapping the previous five-speed automatic for the new CVT are seeing a boost in city fuel economy by 2 mpg helping the Civic max out at 31 mpg city for the fuel-miser HF trim level.
In terms of pricing, the 2014 Civic is getting a modest price hike of $225 for the base LX models, which now start at $18,190* for the Coupe and $18,390* for the Sedan (*not including $790 for destination charges). The sedan-only HF trim level is up $175, there's a $275 price increase for the EX and EX-L Coupe and EX Sedan models and an extra $475 has been tacked on to the EX-L Sedan.

Is it possible for a minivan to be more exciting than an Acura NSX? Well, Honda is trying to find out by entering a 532-horsepower Odyssey into the 2013 Pikes Peak International Hill Climb with IndyCar racer Simon Pagenaud behind the wheel.
Starting with a stock Odyssey, Honda dropped in a turbocharged 3.5-liter V6 producing an estimated 532 hp and 460 pound-feet of torque as well as racing suspension, tires and brakes and one of the biggest roll cages you're likely to ever see. If this van looks familiar to you, you aren't alone - it's a veteran of the Tire Rack One Lap of America.
In addition to this super minivan, Honda will also be entering a first-gen NSX, CR-Z hybrid, Fit EV and Acura TL into the competition as well as five motorcycles and an all-terrain vehicle. Scroll down for the full details on Honda's comprehensive assault on Pikes Peak.