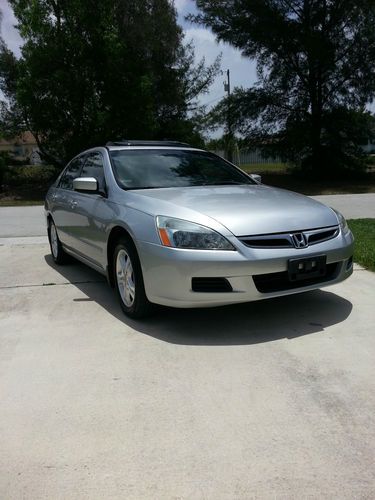 I AM SELLING MY 2007 HONDA ACCORD 2.4 I-VTEC . THE VEHICLE IS IN IMMACULATE CONDITION VERY WELL MAINTAINED. ALL OIL CHANGES DONE EVERY 5K MILES. VEHICLE HAS 56,730 MILES . 6 CD CHANGER,SUNROOF,AUDIO CONTROLS ON STEERING WHEEL AND MUCH MORE. ADULT OWNED AND DRIVEN SO IT HAS NEVER BEEN ABUSED. IF YOU HAVE ANY QUESTION PLEASE FEEL FREE TO CONTACT ME BY EMAIL AT WESTERNXP@GMAIL.COM. THANK YOU FOR VIEWING.