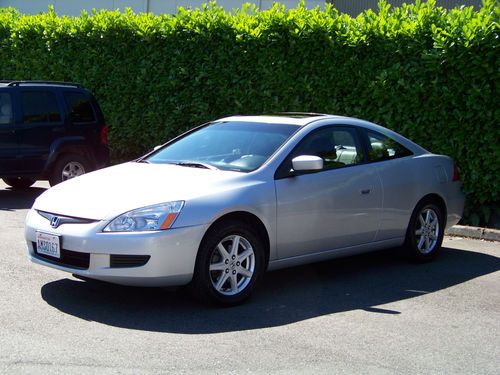 Condition: UsedA vehicle is considered used if it has been registered and issued a title. Used vehicles have had at least one previous owner. The condition of the exterior, interior and engine can vary depending on the vehicle's history. See the seller's listing for full details and description of any imperfections.Seller Notes:"Clean Title, I have Car Fax and AutoCheck in PDF I can send both of which are clean also (no accidents, USA California Car). Paint is near-perfect, Black Leather interior, heated seats, dual front/side frontal airbags and rear side airbags, 6-Disc CD Changer in dash, XM Radio subscription good through 12/31/2013, Tires are 1 month old Goodyear Eagle GT's (V-Rated), Just had an oil change, the DVD Navigation Disc was just updated for 2013, only 83K miles original miles, 2-owner car, never smoked in, no pets ever in car, both headlamps replaced 2 months ago, brake pads (ceramic), rotors (x4), spark plugs, and air filter all replaced 09/2012, New Sears Platinum Battery 11/2010, all recall items done, all scheduled maintenance done thus far, Sunroof, power driver's seat, have all manuals, keys, and receipts for all service on vehicle from original owner including the original window sticker. The only thing this car needs is regular oil changes, gas, tire rotations, and to be driven."