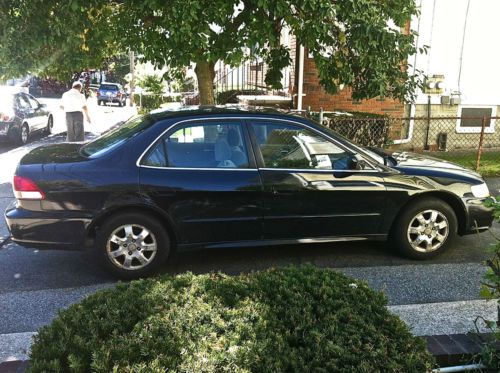 You know, the last time I drove a Honda Odyssey, I thought, "Man, this thing could really use another 781 horsepower." Thank goodness for the folks at Bisimoto, then, who have brought this "Power-Van" to the 2013 SEMA Show in Las Vegas. It's your standard seven-passenger Honda Odyssey with massive powertrain tuning to deliver a full 1,029 horsepower. Honda has not listed the torque output, but we imagine it's roughly eleventy billion foot-pounds.
That crazy power bump has been achieved through the use of - *deep breath* - an Infinity ECU, Arias pistons, ARP headstuds and bolts, Bisimoto's own 360-degree oil cap, a cat-back exhaust system, stainless mufflers, an improved fuel pump, new spark plugs, custom headwork, R&R custom steel rods, Turbonetics BTZ7265 twin turbochargers, a wastegate, blowoff valve, VP racing fuels and a whole lot more. Honda says the only chassis/suspension modifications come in the way of Fifteen52 wheels, 225/30-series Toyo T1 Sport tires and Young Guns performance exhaust coatings. So as far as we can tell, this thing still uses a front-wheel-drive setup. I bet it'll do somersaults.
Of course, this is SEMA, where we assume there's a four-modification minimum for any car that enters the Las Vegas Convention Center, so the Odyssey has been given added visual flair, as well. Outside, that means there's a Denmatic design theme, a whole mess of Honda accessories (check out that roof tub) and some new paint. Inside, upgraded upholstery has been fitted, as have Recaro seats.