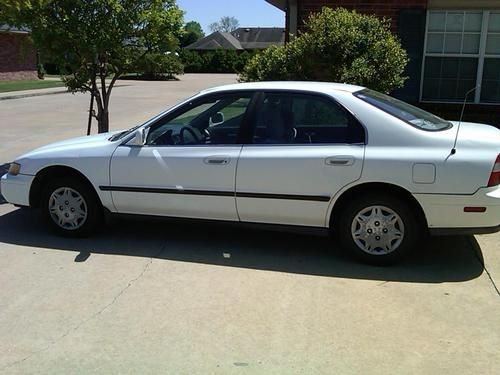 1995 Honda Accord LX 4-Door Automatic Transmission Power Everything...The engine and transmission were both replaced in August 2012.  The front brakes were replaced in September 2012.  The body of the car has 175,000 mile but the motor and transmission have less than 10,000.  This car was bought for and given to my wife as a high school graduation present back in the day.  This car has cold a/c an am/fm cd mp3 player.  Power windows locks tilt cruise.   We will require a deposit of $500 with in 48 hours of winning/purchasing this car via paypal, cash, or check. The balance will be due at pick up or before the car is released for shipment.  The car is listed for sale locally and we reserve the right to cancel the auction at anytime.  Also please do not hesitate to make offers to purchase this car.