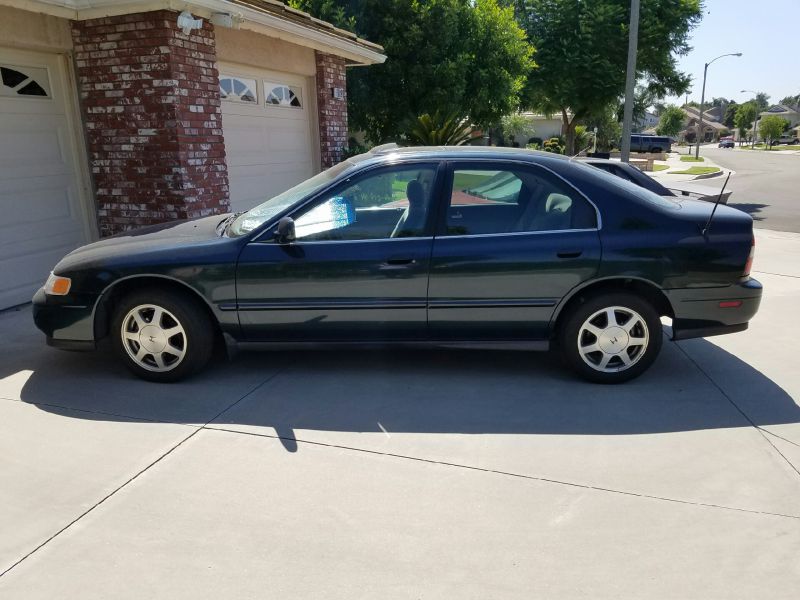 Automatic, 4 door, with sunroof and a well-maintained interior. It is working fine and has some minor dents.