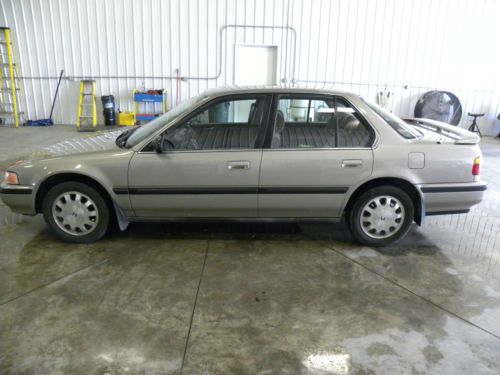 Honda is getting warmed up for the upcoming Geneva Motor Show, with a sketch of some very Euro-flavored forbidden fruit. Seen above (click on the image to see an expanded view) is the Honda Civic Wagon Concept Model - a rather tentative name for a car that Honda claims "provides strong cues for the exterior design of the final mass produced version."
The sketch seen here is obviously very stylized, but we think that if Honda can stay true to its sleek rounded forms and aggressive silhouette, the final product could be quite fetching. Note that this is an image handed out by Honda of Europe, for a European auto show - we have every expectation that that any production-ready Civic wagon will be a Europe-only deal. Sorry, guys.
Find Honda's brief press release below, which also includes news of the European debut of the updated NSX Concept we saw at January's Detroit Auto Show, along with a diesel-powered CR-V.