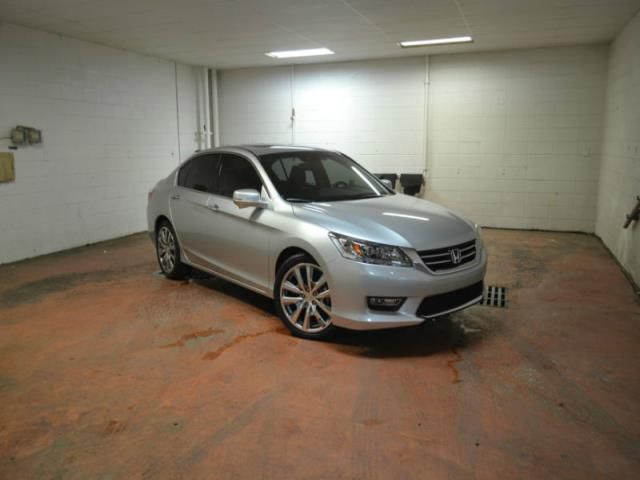 Thank you for looking at my beloved 2013 Honda Accord Touring with Honda Factory Performance 19" Wheels with Honda Wheel Locks. This vehicle was purchased new and babied. It is my 7th Honda and I hate to sell it but I was provided with a company vehicle so there isn't room. This Touring model lists for over $34k plus the $3,000 set of factory Honda HFP 19" accessory wheels and tires. This Accord is loaded and such a pleasure to drive with more standard features than most high-end luxury cars. Save thousands on a car that will turn heads with this extraordinary color combination and wheels that will have people complementing you at red lights, the gas station and the office! This car looks incredible when the full LED headlights glisten in the night. Don't miss out on this deal! Call or text me if you have any questions: 615-516-7595. -Mark