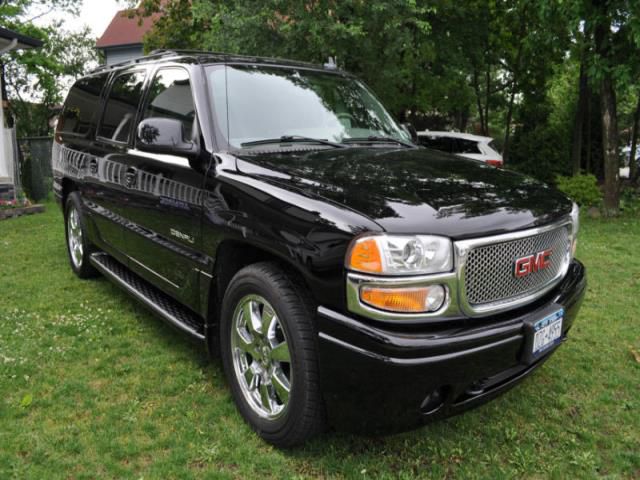 If you have any questions feel free to ask : dargieqgltyler@clubalfa.com

GMC YUKON DENALI 1500XL - AWD This truck is in very nice condition and has always been properly maintained Maintained through original factory warranty and then 3rd party warranty thereafter Service intervals always adhered to, oil, tires, etc. Exterior is in almost PERFECT condition with the exception of a small scratch on the rear door Interior is also in Very Good condition (see pics - you will agree) Tires are in very good condition - about a year old Brakes were done about a year ago as well (new disk brake pads and new rotors on every wheel) You will not find a nicer example of this truck for sale anywhere Only selling due to downsizing - needed a smaller vehicle You need to see this truck in person to appreciate how nice it really is Fully loaded Have one set of original headphones (missing battery cover) Very Very Nice and Clean* * Rear vapor canister needs to be replaced *