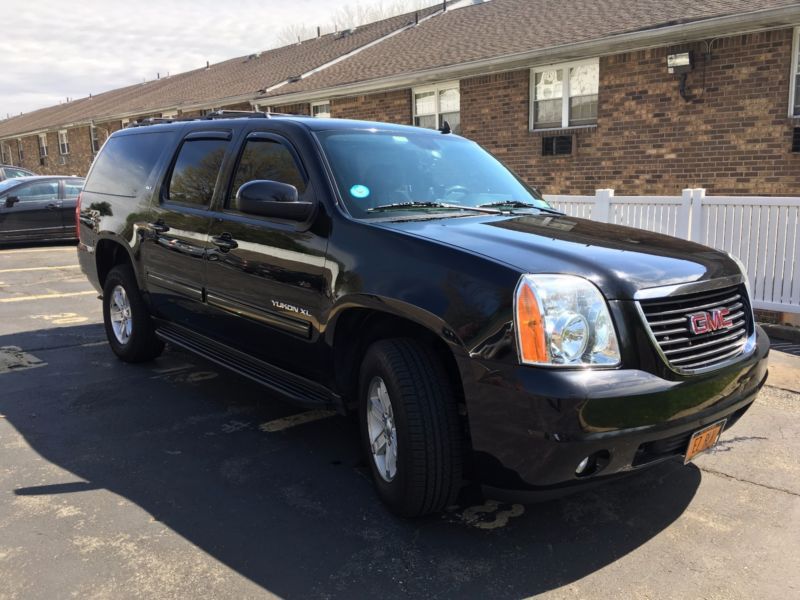 Feel free to ask me any questions about the car : jettajwwyatt@stonerfans.com .

HERE FOR SALE IS MY USED 2014 GMC YUKON XL 1500 4WD WITH ON DEMAND SELECTOR
WITH 51K MILES
BLACK ON BLACK, GREAT CONDITION
I OWN FOR A LITTLE BIT OVER A YEAR WAS WORKING WITH IT FOR UBER SUV,
GETTING OUT THE CAR SERVICE INDUSTRY.
GOT FEW OPTIONS HEATED SEATS AND NAVIGATION AND DVD SYSTEM BY PIONEER WITH APPLE PLAY/ANDROID AUTO
DASH CAM INSTALLED SEAMLESSLY.
THE TRUCK IS MAINTAINED ON TIME MOBIL 1 FULL SYNTHETIC, FRONT BRAKES AND ROTORS A/C DELCO PARTS, NEW BATTERY WITH
WARRANTY FOR 3 YEARS
GOOD YEAR TIRES WITH MOE THEN 50% LEFT ON THEM,
ALL SEATS ARE IN MINT CONDITION,
THERE FEW MINOR SCRATCHES, MORE PHOTOS