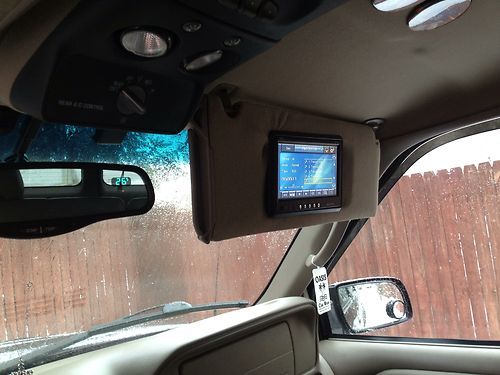 in-dash DVD/CD PLAYER WITH TOUCH SCREEN MONITOR AND SUNVISOR MONITOR, ALSO HAS A ROOF MOUNTED DVD PLAYER WITH WIRELESS HEADPHONES , PERFECT FOR PLAYING PS3 OR OTHER GAMING SYSTEM ON THOSE LONG TRIPS