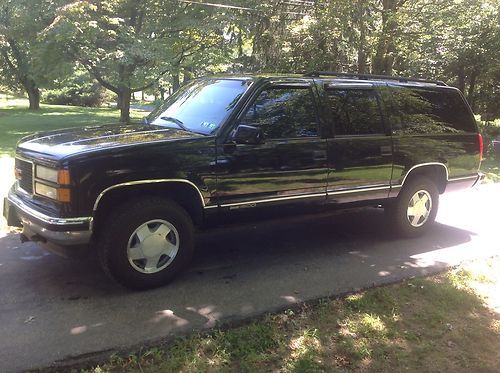 Condition: UsedA vehicle is considered used if it has been registered and issued a title. Used vehicles have had at least one previous owner. The condition of the exterior, interior and engine can vary depending on the vehicle's history. See the seller's listing for full details and description of any imperfections.Seller Notes:"This vehicle is being sold as is, where is with no warranty, expressed written or implied. The seller shall not be responsible for the correct description, authenticity, genuineness, or defects herein, and makes no warranty in connection therewith. No allowance or set aside will be made on account of any incorrectness, imperfection, defect or damage. Any descriptions or representations are for identification purposes only and are not to be construed as a warranty of any type. It is the responsibility of the buyer to have thoroughly inspected the vehicle, and to have satisfied himself or herself as to the condition and value and to bid based upon that judgement solely. The seller shall and will make every reasonable effort to disclose any known defects associated with this vehicle at the buyer's request prior to the close of sale. Seller assumes no responsibility for any repairs regardless of any oral statements about the vehicle."

Private sale of family vehicle, my father-in-law owned for 10+ years; he transferred to me to sell.  In the past year we have installed 4 new tires, 2 new batteries (excellent for additional starting power or for tailgate accessories).

We also had installed a new a/c compressor and the system was recharged at beginning of summer.
Vehicle is in good condition with wear from 13 plus years of use.  The passenger side has some dings and front bumper met up with a parking lot post at some point. The heater/ac louver controller needs to be replaced, it's currently fixed in the defrost position.
State Inspection is current, completed in June, good in PA through June 2014
Also included is a front tow hitch receiver, good for maneuvering trailer or holding a front fishing pole holder.
We live in western suburbs of Philadelphia, please contact me for inspection.