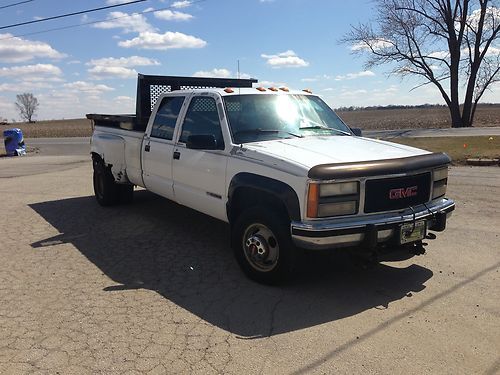 For Sale is a 1993 GMC K3500 crew cab 4X4 truck. It has a 454 engine with 150,000 miles. Truck runs great with recent tune-up and new battery. good tires. Transmission rebuilt last winter (Have receipt). Does have dump body insert available at an additional cost. Truck itself is for sale ONLY in this listing unless other rearrangements are made prior to purchase. Truck runs great and is reliable. Only reason for selling is down sizing to a small truck. Hate to see it go!Truck is located in Lowell, IN. 46356, about 45 minutes SE of Chicago.Call or text 219-718-9471 or 219-718-1963 for any questions.