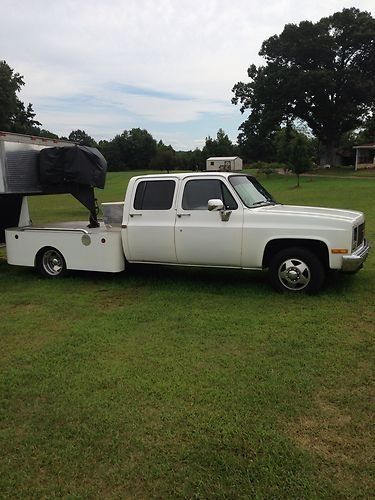 1989 GMC DUALLY WITH ALL ALUMINUM BED 5TH WHEEL HITCH . I USED TRUCK TO PULL RACE TRAILER VERY DEPENDABLE WILL DRIVE ANY WHERE. TRUCK IS A EYE CATCHER ALWAYS ASKED FOR PICS. DOES NOT BURN OIL BETWEEN CHANGES. DUAL EXHAUST WITH GOOD SOUND.