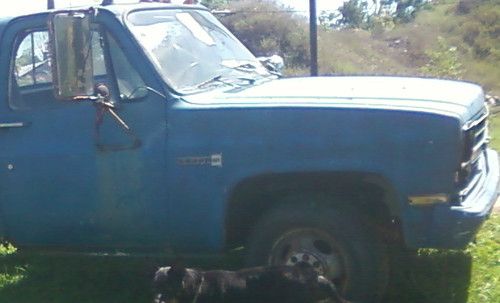 Condition: UsedA vehicle is considered used if it has been registered and issued a title. Used vehicles have had at least one previous owner. The condition of the exterior, interior and engine can vary depending on the vehicle's history. See the seller's listing for full details and description of any imperfections.Seller Notes:"This is sold with out a box and is tittle as a dump truck i have had over 3-ton in it when it had the dump box on it so it dose hold a big load just kned to put a box and a little brack work if eney other qutens just send a messege"

this truck has some dents some are bigger then others the worst one is on the drivers door. The right tern lense is off of it. look at the pitchers Good be for biding on this.

The speed odometer is not working so the milles is when it quit working. the gas tank is off of a fire truck and the gage is not working either.
this item is local pickup only may be able to help load it or get it to you house if it is close to wher I live!