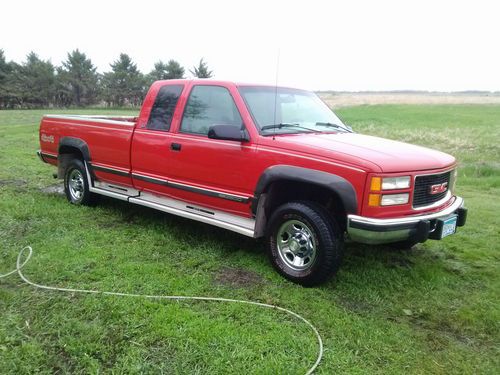 Engine Bad. Blew an oil cooler line and was run out of oil. Was knocking when it was shut down. Heads were good, should not have hurt them. Air conditioning does not work, compressor is locked up. Otherwise everything else was working. Body, transmission, and four wheel drivetrain in good condition. A little rusted by the cab corners. Good trailer hitch on it, turn over 5th wheel ball and safety chain hooks in the box. I like the truck. It's a good truck, I just don't have the time to put an engine in it.