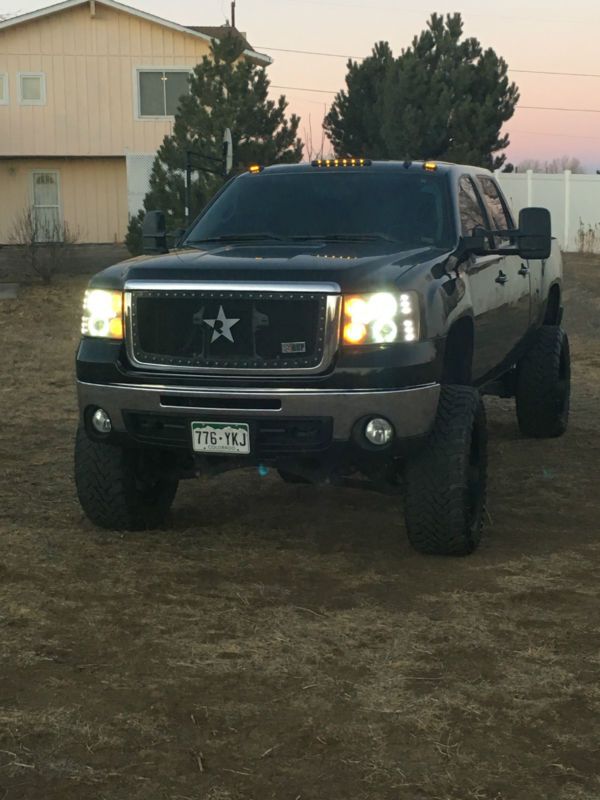 If you have more questions or want more details please email : merlinfeatheringham@juno.com .

2007.5 GMC 2500 SLT
Truck was used as a second car and sits in the driveway most of the time. I don’t think there is an options this
truck doesn’t have. I used it in the summer to pull the toys around. Truck has 121xxx miles but I still drive it
so might go up a bit. Truck has no mechanical issues. Only problem with the truck is a small tear in the driver’s
side seat and a small dent in front of the rear wheel on the driver side. Truck was originally built in Texas as a
show truck and then I bought it. I am sure I am missing stuff below but that should be the bulk of it.
All Fluids (trans, Diffs, t-case, radiator, oil) serviced 5k miles ago
Front end rebuilt 5k miles ago
8” Fabtech Lift
Fabtech Traction Bars
37” Toyo MT tires (half tread)
22” KMC XD wheels (New Last Week)
DPF Deleted
EFI Live tuning with 5 DPS switch
LED Tail Lights
HID Headlights
RBP Grille
Amp Research Steps
5” Exhaust
PPE Transmission Cooler
CTS Insight gauges
LED interior Lights
Train Horn under bed, compressor/tank removed