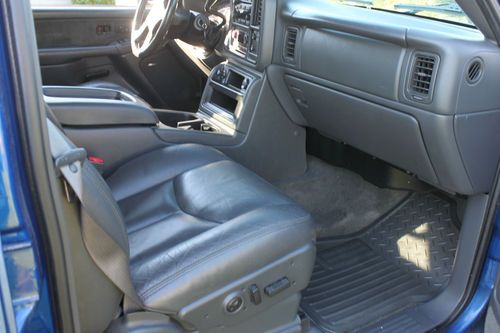 Up for aution is a 2 owner Texas truck it is emaculant.This truck is two wheel drive whith 4 wheel steering which is excellent for towing.I have owned the truck for about a years with no problems.I have changed the oil every 6000 miles due to runing full sythetic mobile one.Tread is 50 percent with chrome rims.The truck is a 1500hd which means it has all 2500 suspension.The 2500 emblems were added new by the original owner from Texas.This truck is above average in shape no rust no tears in interior.It is fully loaded with all options offered this year.I had to buy a diesil truck for work purposes and no longer need this truck.It will make any trip of any distance gurateed.This is a no reserve auction.Good luck