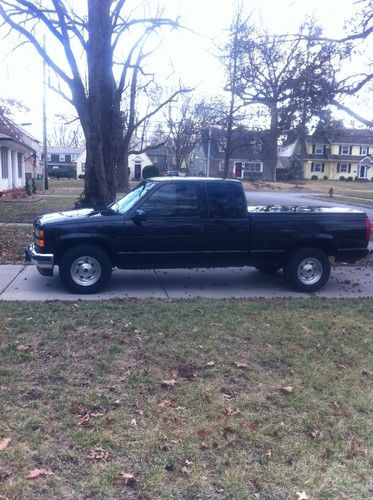 Garaged, babied, and black as nite! 60,000 original miles and clean and original as you will ever find!  Truck needs absolutely nothing!  BED is like new with tonneau cover!  WELD WHEELS AND NEW TIRES!  Now, due to previous experience, I must add these qualifiers! Truck is 99% mint! PUHLEESE DO NOT WASTE MY TIME, YOUR TIME OR ANYBODY ELSES!  Reserve is fair and picture collectors, tire kickers,   and would be buyers with no money are not welcome! I will answer all questions by phone or mail so bid what you feel!    816-813-0220