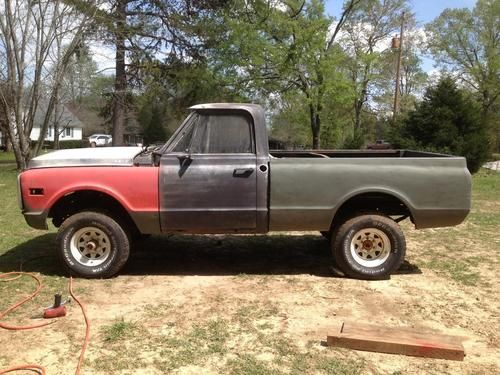 This here is a 1969 gmc factory 4x4 truck. half ton with the short bed. Overall the body is pretty straight. Some rust is in the normal places such as the cab corners and the rocker panels. I have an extra parts cab to go with it. I also have a radiator and gas tank to go with the truck. Master cylinder ready for power brakes is on the cab. Truck will either need total restoration or could be made into a toy quite easily. Pretty rare truck being half ton, short bed, 4x4. Letting this truck go with NO RESERVE. Feel free to text or call with any questions 501six171five32 thanks.