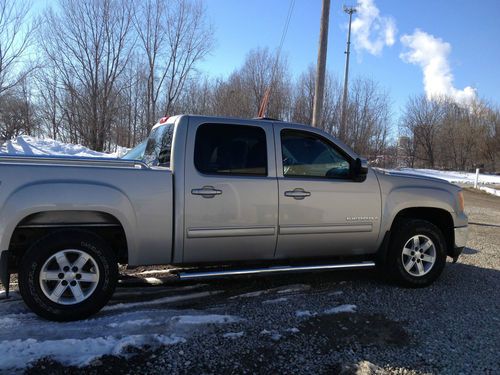 Up for uction is my 2008 GMC Sierra SLT. This truck is fully loaded and in good condition! I bought this about two years ago. It had had front end damage and was fixed already. Shortly after I bought the trannsmission started slipping and I had it rebuilt at our local transmission shop. I havent had a problem with the truck since!  The truck has almost new Goodyears on it. The truck has almost every option on it!  The only thing it needs is one of the backup sensors is missing in the bumper. The truck drives perfect. Brakes were done at 60k and oil was changed every 3k religiously. This truck would make somebody an awesome truck at a reasonable price.