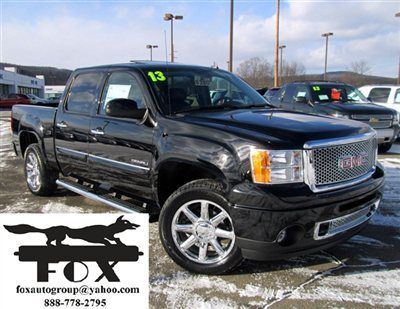 Is the Best GMC Truck Ever Made Good Enough?
We've got a bright aluminum Airstream camper hitched to our rear bumper as we head up Southern California's coast because GMC says that 60 percent of all full-size pickup owners will use their trucks for towing.
Rather than forcing us to absorb its capabilities in a long-winded PowerPoint presentation, the automaker brought us to Los Angeles and handed us the keys to its all-new 2014 GMC Sierra 1500. After jumping behind the wheel of a 5.3-liter V8 model, we drove up the foggy Malibu coast (locals call the soggy early-summer weather "June Gloom") and made our way to the Camarillo Airport for a towing refresher. Once completed, a brand-new 23-foot Airstream was hitched to our aft end and we were pointed towards a campground just west of Santa Barbara.