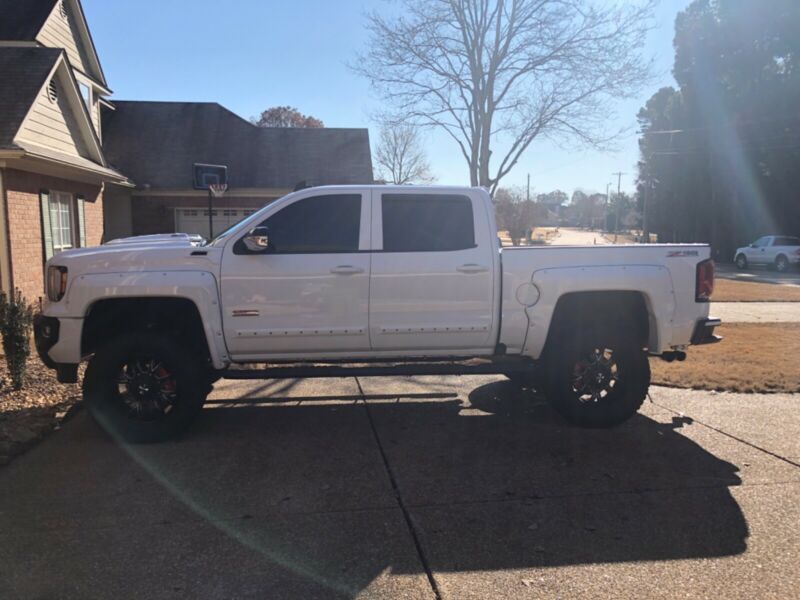 GMC Sierra 1500 SLT 6.2L
10,260 miles
All Terrain Package
6.2L V8 Ecotec
Power Sunroof
Power Rear Window
Heated Seats and Steering Wheel
SLT Preferred Package
GMC Intellilink Touch Screen
Trailer Brake Controller
Spray In Bedliner
It has an added package from ALC, American Luxury Coach, called Z92 Off Road
Package on-top of all the other dealer add ons. This package is similar to Black Widow or Rocky Ridge packages just
with a couple more and better fitting accessories. Other than the side and rear window tint everything on the
vehicle was installed by dealership before I purchased it. The following options added during ALC customization are
as best as I can describe them since I do not have a detailed list of them there may be more tiny things I am not
noticing that were added on. Further research into ALC add OBS may yield more info. Truck is truly in immaculate
condition.