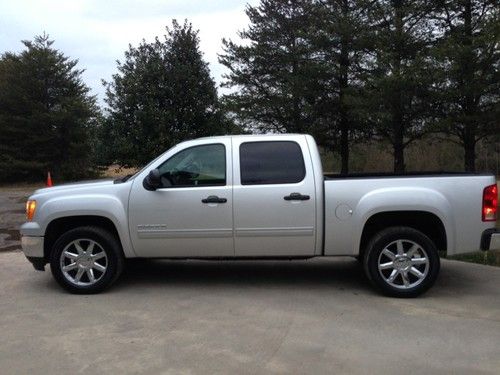 This 2012 GMC Sierra is in PERFECT condition.  I has NEVER been smoked in, and it always garage kept.  Washed/detailed on a weekly basis.  This truck is equipped with rear view camera and parking sensors, spray in bed liner, 20 inch denali rims and new tires.  It also has a towing package, xm radio, and onstar.  It averagrs about 20mpg.  It has no scratches or signs of wear at all.  Seats are in wonderful condition with no splits or stains.  Silver exterior and clean black interior.  GREAT TRUCK!