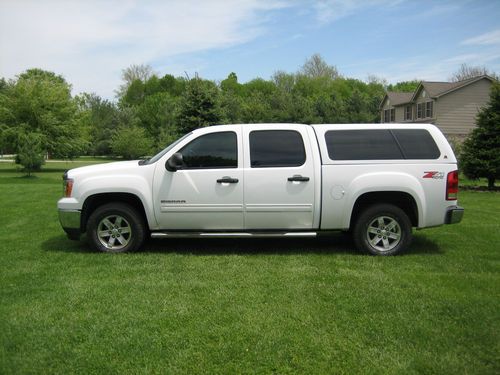 This auction is for my 2012 GMC Sierra SLE Crew Cab pickup truck in excellent condition. Upgrades include electric sunroof, Leer camper shell, spray bed liner, and tinted windows. The truck has less than 5,000 miles and runs perfectly. Great for camping or boating.