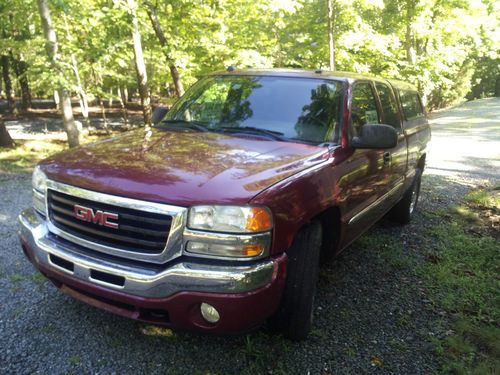 Condition: UsedA vehicle is considered used if it has been registered and issued a title. Used vehicles have had at least one previous owner. The condition of the exterior, interior and engine can vary depending on the vehicle's history. See the seller's listing for full details and description of any imperfections.Seller Notes:"Small dent in front driver side. Minor wear and tear, but in very good condition."

Single OwnerDark grey fabric interior.Custom topperFactory tow packageBose Premium sound with 6 CD changerCruise controlSirus XM satellite subscriptionKeyless entryFactory security systemVery good conditionSold as is no warranty.Temperature and fuel gauges are not working properly. GMC dealer said it needs an instrument cluster. Estimate to repair was $500. You must be able to pay and pickup in person.